When starting in voice-overs over 20 years ago, the plan was relatively simple on paper:

1. Take classes
2. Get a demo
3. Market
4. Audition
5. Find an agent
6. Join a Union
7. Laugh at all the fools who live unhappy lives at their “real jobs”, while I spend my life going to auditions, booking work, getting paid well, and no one knows who I am.

It was not out of the question to be a home or car owner or hold down more than one job. The goals were simple and the ways to achieve them seemed easy as well…

Before people started working online I had probably achieved 5 of the above goals, offline. I did not even consider working online as an option. Getting work offline was easier for me, but like many actors my career stalled between 2000-2002 due to a union strike and 9/11. Many of my friends moved to the west coast, an agent I worked with dropped me, and work in the New York City area was drying up. All of the goals in my voice actor’s dream career changed. The 2nd job became my main job and I spent less time trying to get voice-over work. 10 years of working in voice-overs yielded 5 goals completed and I had very little to show for it.

I also noticed something was happening: People around me started looking to get work online more and more, they were getting smarter, tech savvy, and oddly started to get paid less for voice-over work. 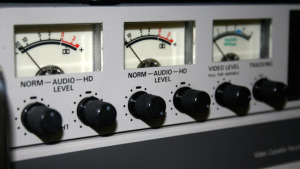 Enter Working Online
The very first experience I had with working online came in the form of doing voices for a freelance animator. He paid me little or next to nothing, but I had the chance to see my work in action and the chance to hear my audio quality. I realized now that I had a problem: I could act behind a mic, but my audio quality was awful and to improve it I needed more money.

The question that plagued me in the 90’s was, “How do I get work, if I don’t have an agent?”. The new question in the 2000’s became much more complicated, “How do I get new equipment in order to sound better, so that I may get more work, if the voice-over work I am doing pays terrible, and the same applies to that 2nd job I used to rely on?”.

With such a confusing new question in front of me, the dream I had of eventually laughing at all the fools who work “real jobs” was gone. The funny things about dreams is that you cannot plan for them. They are usually the result of inspiration. But with my old dream gone, what would be the new dream of tomorrow in the voice-over industry or my new inspiration? If anyone reading this has not discovered yet, working online is a “lifestyle” and not a “career”. The difference between the two is that one allows for a person to rest and absorb information, while still earning pay. The other requires 24/7 effort and taking a break from work means making a choice to lose money. Therefore, working online required paying attention to things like measurements, finances, math, and scientific method; all the things an actor goes to school for to avoid.

The Successful Voice-Over Actors New Dream
Whether you disagree with this, or not, it is still now time for voice actors to work “smarter” and not “harder”…The New Dream:

1. Have the finances to reinvent your career every 5 years, just like websites do
2. Be “Mr. or Mrs. Flexibility and Mobility”. You can go anywhere you want now, but you wont be wealthy
3. Be healthy and maintain only healthy relationships
4. Be smart enough to measure what you spend money and effort on
5. Skip owning anything big for the first 10-years of your voice-over career
6. Challenge yourself, and anyone else, who tells you there are rules to follow
7. Adapt faster to changing technology
8. Learn who to listen to, first
9. Ultimately live with the knowledge that, unlike in years past, you are now in control of your voice-over career, and answer to no one but your own choices and the people you care about.

What makes #9 so scary is that for years the playbook for being a voice actor was quite simple. There was lots of, “Just tell me what to say and where to say it!”, and let’s face it…Life is easier when we are told what to do and then we get paid for it. The New Successful Voice-Over Actors Dream just may well be somehow surviving the deluge of people and websites trying to cheapen the industry to take money from others, while making money for themselves. This means every voice actor has to learn all over again those unwritten rules of “who to trust”.

Now, we must learn how to get paid well, fight for the online voice-over industry to create a fair marketplace, and teach others the importance of quality. And if you think about it, the industry went through such a fight only 80 years ago.

Time to recreate the original dream all over again. Voice over actors today may just be in the stages following a big reset of the industry and need to work hard to make sure the industry does not become a nightmare.