Foreign voice over in the modern business world 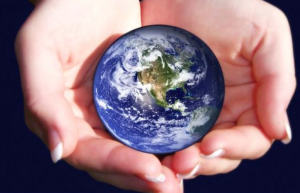 We can’t deny that we live in a global world. People and products travel all over the world and in less than a minute we can get informed of what is going on in the other part of the world. When you travel, you find in big stores the same articles you can buy in your own city, it is necessary to visit a little special shop to find different things, typical of the place you are visiting.

It is easy to think that in this globalised world everybody talks the same language, but it is quite far from reality. Most of us understand more than one language nowadays. English became some years ago the language in which people interact with each other. It started in the scientific world and it arrived easily to other fields. Nevertheless there are still many people who can only be fluent in their mother tongue. Understand other languages? Yes. Say some words to make me understand? Sure. Be able to watch a film in English and enjoy it? Of course not.

We all know that there are many people who think that dubbing a film is a waste of time and a way of spoiling it. That is not true for several reasons.

First of all, people tend to think about English. They assume that everybody can speak English and find useless to translate it. Apart from the fact that many people in the world cannot speak English, what happens with other languages? There are many films, advertisements or series in languages different from English. Spanish, Chinese and Hindi are the other three most spoken languages as a mother tongue, do you really think that everybody can watch a film or understand an advertisement produced in any of those languages?

Second, the voice over industry developed its techniques a lot in the last years. They worked hard to achieve good results and to transmit the same feelings in their dubbed works than in the original ones. They also keep the original sounds, so the emotions are the same.

And thirdly, we have tranquillity. The globalised world make us work hard and run to fulfil all our duties during the day, and when we finally sit and want to relax watching a nice film we do not want to make a big effort to understand it, nor read some text at the bottom of the screen while we lose somehow what the actors are doing.

To summarize, foreign voice over in the global world make our lifes easier.